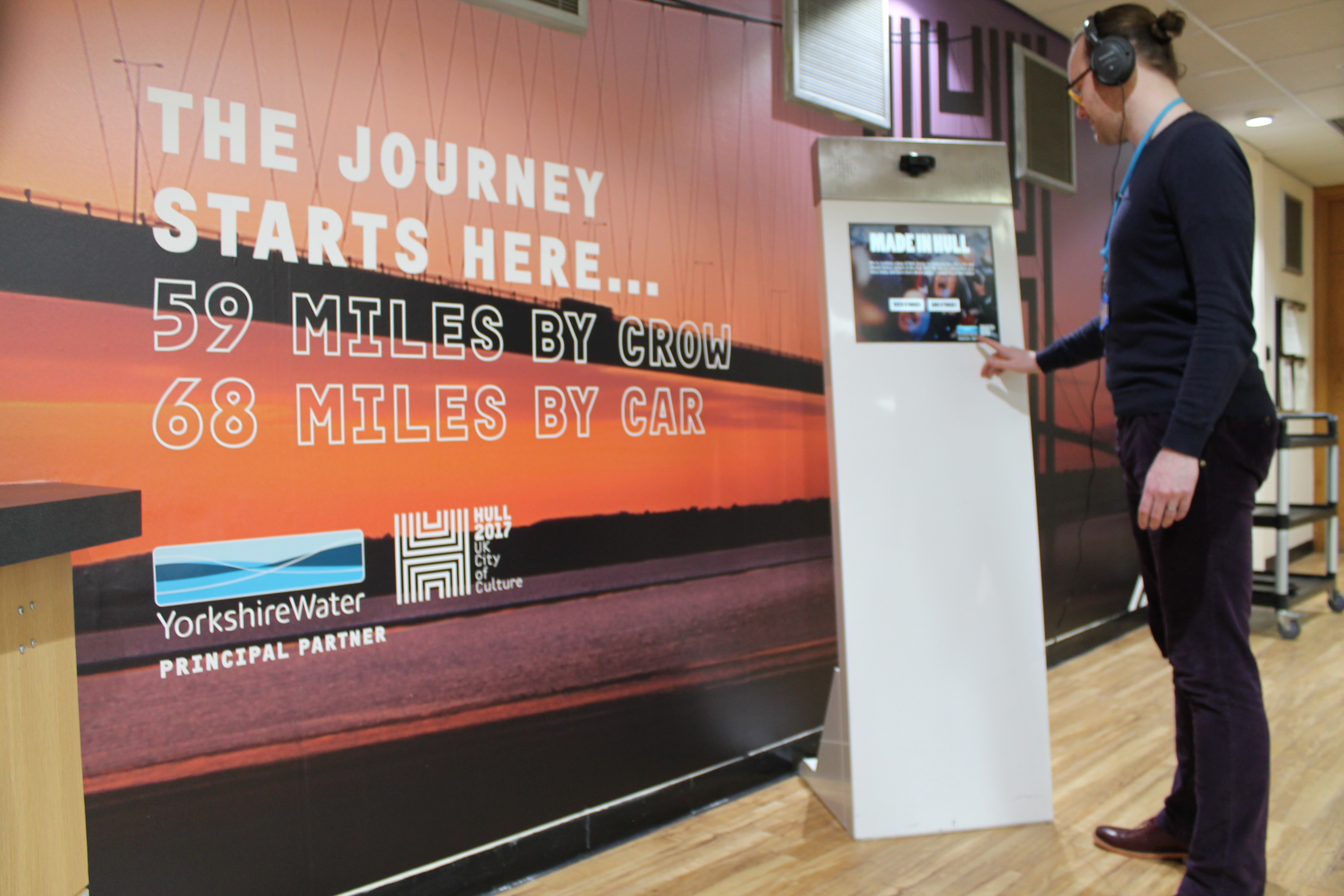 Yorkshire Water has teamed up with four libraries in Hull as part of Hull 2017 to capture on video people’s untold stories of what it means to be ‘Made in Hull’.

The stories are to be recorded on an interactive video pod installed at each of the libraries throughout February and March and the hope is that hundreds of people will endeavour to share their stories so as to create a rich insight into life in the city.

People of all backgrounds and ages are invited to make use of the video pods, totally free. They can share their special memories of what it means to be a Hullensian. The recordings will also be up for viewing by the general public who are curious about listening to other people’s reflections about the city.

Yorkshire Water set the initiative up in support of Hull UK City of Culture’s ‘Made in Hull’ season. The utilities business and Principal Partners of Hull 2017 will also shine a light on its own role as well as how water has aided in defining the city.

A chance to tell their story in front of a professional film crew has been offered up to incentivise people to come forward and tell their untold stories.

Shot on location in Hull, the person will get a finished copy of the film they can show friends and family as well as a meal for two at a top restaurant in Hull.

Duncan Macintyre, Project Advisor at Yorkshire Water for Hull 2017 City of Culture, said: “For us, libraries are cultural hubs and we wanted to recognise the importance of these spaces as places to bring people together and learn about the city. We hope lots of people take the chance to record their stories so that they can be preserved for future generations to enjoy as a fascinating snapshot of Hull’s social history. We want real stories from real people that shine a light on Hull’s unique identity.”

The stories can be about anything, such as special relationships you have forged with people in the city, your favourite place in Hull, or reminiscing on memories from the past. The one requirement is for the stories to be linked with the city and they should be no longer than one to two minutes.

Martin Green, CEO and Director Hull 2017 said: “This is a fabulous idea and what this important year for Hull is all about. Made in Hull is about capturing the characters and stories of this city, but the year is also about getting people across the city involved, which our Principal Partner Yorkshire Water are doing brilliantly, working with libraries around Hull.”

Yorkshire Water’s story, history and links to the city go back hundreds of years with sewers and water courses established to ensure hygiene, clean water supply and sanitation. Springhead pumping station in Willerby, which opened in 1862, is an example of Victorian water infrastructure recently renovated to restore it to its former glory. It is still used today, supplying a third of daily water supply to East Riding and Hull.

The firm has recently completed a £16m refurbishment of Bransholme pumping station to reduce the risk of flooding for 15,000 homes in the area.

5 Tips For Busy Entrepreneurs Who Want To Eat Healthy

What Every Founder Should Know to Find Product-Market Fit

What you should know about online reviews as a business owner

3 PRINCIPLES OF SALES YOU CAN BE SURE TO ALWAYS WORK