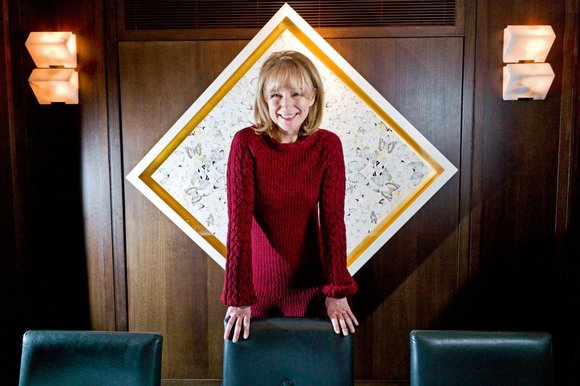 “Attitudes are changing fast,” said Michael Kempe, chief development officer and a board member at Capita Registrars, the share registration service. “If you go back two or three years, the attitude of board members to digital technology was not what it is now. What we’ve seen in the past 12 months is almost a revolution.”

If this revolution is indeed taking place, it is moving slowly. A report from the software company CA, released last summer, found the attitude of boards towards technological innovation somewhat lacking. According to the paper, The Future Role of the CIO: Digital Literacy Amongst Senior Executives, 80% of chief information officers were concerned that their top-level management teams were not “fully digitally literate”.

“Historically, IT has been viewed as a cost, and therefore the potential that technology can bring has not always been directly reflected at board-level meetings,” said CA’s chief technology officer, Colin Bannister.

Capita Registrars is setting a good example. All the members of the main board use iPads to read board documents — although that isn’t to say there was no resistance at first.

“There was some reluctance and people were concerned that the ability to mark up documents and review them in a clear manner would be restricted by the tablet technology,” said Kempe. “But what we’ve actually found, loath as they are to admit it, is that board members are reading the documentation more carefully and in far more detail [than they were previously].”

Apart from saving time and money on producing and sending out bulky documents, tablet technology is forcing companies to take a second look at the contents, said Kempe.

“What was really interesting was that board packs were being reviewed as part of the process because A3 sheets and tables were not ideal for a tablet. That review process is another reason why people have seen it as enhancing governance,” he explained.

Access to the right data in the right format is crucial for directors trying to navigate their way through complex documents, said Jennifer Sundberg, managing director of Board Intelligence, the management consultancy. “No matter how capable a director may be, he is blindfolded without access to the right information. An effective board pack must be short enough to read and broad enough in scope to cover the information that matters.”

Rita Clifton, a non-executive director at Nationwide building society and the medical insurer Bupa, and non-executive chairman at Populus, the research company, said that the increasing acceptance of digital technologies in the boardroom has made her life easier.

“From a personal point of view it’s been enormously liberating to be able to carry things around on my iPad,” she said. “It’s fantastic not having to lug around great, fat wads of paper.”

Remember These Lessons to Succeed

What is the Technology behind Cryptocurrency?

Getting into Software Development

The Attraction of Online Gaming