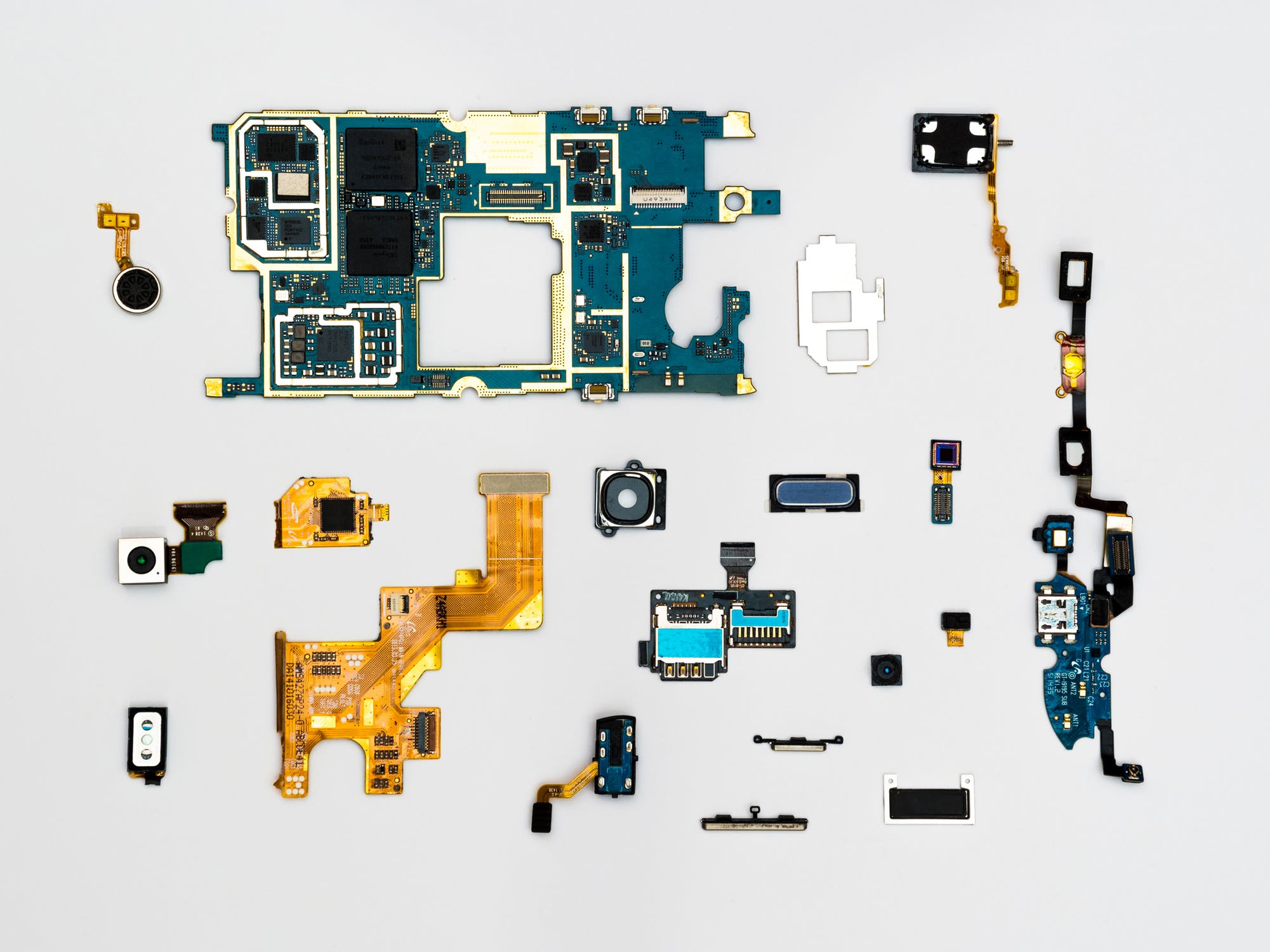 Although we spend a lot of time using our computers, we don’t generally give a lot of thought to what’s going on inside them. There are some chips, a power supply and a fan, right? Well, yes, but a lot of these components are made from interesting minerals, including a sprinkling of precious metals. This means it’s important that at the end of their life they get properly recycled as these metals can be reclaimed and reused.

Older computers, in particular, are more likely to contain precious metals in larger quantities which, in newer machines have been replaced with components that use less precious metal or have been supplanted altogether by cheaper materials. So, what kind of metals are used in computers and in which components of the machine are they to be found?

Gold in them there Circuits

Gold used to be quite common in computer components. Used in the contact pins of memory chips, modules and those of CPU chips. Gold is a good electrical conductor, so it’s used to ensure that the low-powered circuits in the computer work efficiently.

But gold is, of course, expensive so in recent years manufacturers have been working to make the contacts smaller and thinner so that the gold content is less than in older equipment. In some cases, gold is being replaced altogether by less valuable metals including copper.

Although worth less than gold, copper is still highly prized as a scrap metal. Most of the wires between a computer’s components are made of copper. If you are a business and are looking to dispose of a number of computers, this can add up to a bulk quantity of the metal. There are generally two different types of wire found in computers. There’s standard wire and there’s also ribbon cable, used to connect items such as disk drives. In most cases, ribbon cables have a lower scrap value as they are thinner and contain far less metal.

Copper is found in other places too. Most notably it’s on the back of chips – mainly CPUs – and it’s also found in the transformer windings of the power supply. More up-market makes of heat sink for cooling CPUs and other chips such as graphics processors are often made of copper, or partly of copper, too.

Most electronics have soldered components, which means that lead and tin are present (lead-free solder is becoming more common on new systems, however). Tin can also be found on circuit board tracks and connections. Zinc can often be found in circuit board components too. Brass may be found in small amounts in items such as the spacers that mount the motherboard to the case and in some of the screws and fastenings.

The case of the computer is usually made of steel or aluminium – you can test this with a magnet; if it sticks it’s steel. While not as valuable as some of the other materials we’ve talked about, these still have a scrap value.

Aluminium is often found in the frames of laptops, because it’s relatively lightweight. It’s also a good conductor of heat so it’s often found in heat sinks on chips or as part of CPU cooler assemblies, usually with a small fan mounted on top.

On desktop computers, the case of the machine along with the drive bays is usually made of steel, as are the screws and bolts used to hold it all together. Steel has a relatively low scrap value but it can still be recycled.

There are usually a lot of plastic components, such as the front panel of the case and various drive components, cooling fans, clips and so forth. These may be recyclable but they have a pretty low value.

And the lesson is…

The key thing here is not to simply let old computers go to landfill. Currently, around 85 per cent around the world do and that is a terrible waste. These old machines almost certainly contain metals that can be recovered and re-used, so it’s important that they go to a specialist who can deal with disposing of them in a responsible way. The older the machine, the higher the likelihood that it contains valuable metals that can be successfully recovered.

And it’s not just computers. A typical smartphone could contain as much as 0.34 of a gramme of silver, 0.034 of a gramme of gold, 15 grammes of copper and 25 grammes of aluminium. Interestingly, the concentration of gold in old phones is actually higher than in gold ore – a tonne of old phones contains 300 (yes three hundred) times more gold than a tonne of gold ore.

So, don’t just throw away your old phones and computers or stick them in the loft and forget about them; make sure they are recycled. You’re not just helping to save the planet’s resources, they could even earn you some cash. Do ensure, however, that you remove any personal or business data first by securely wiping the contents of hard disks or – in the case of phones – performing a factory reset. If you are in any doubt, remove the computer’s hard drive before recycling and dispose of it separately to a specialist who can deal with it securely.

Remember These Lessons to Succeed

What You Should Know about Online Reputation Management

What Every Founder Should Know to Find Product-Market Fit

What you should know about online reviews as a business owner